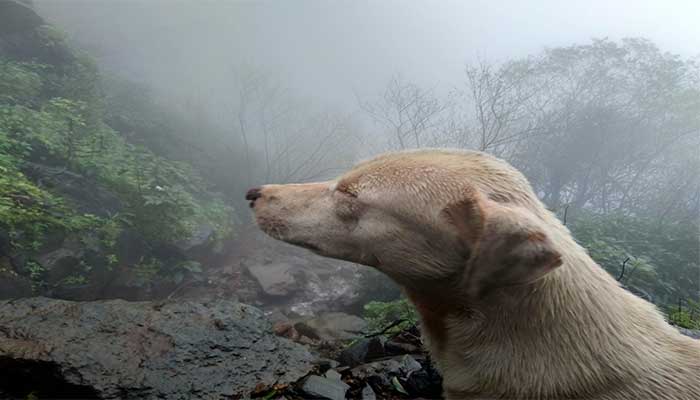 I am a Dog, and I don’t have any specific name just like you human, but locals call me Muttu. I was born here in the woods of this mountain. My mom died when I was six months old. My brothers and sisters were always dear to me as I was the youngest. I used to play with them and other human kids in my childhood. When human kids go to school, I used to hunt or search for food.  My life was very smooth and I used to enjoy each and every day.

But, things kept on changing. The village in which I was living was developing and various builders started constructing big highways and skyscraper. All small huts were converted into hotels and villagers were migrated to different locations. There were very few families who lived in that place. All human kids were grown elders now and moved to the city for earning. My brothers and sisters moved to different villages and tried living there. They shifted to plain lands where farmers used to farm and they managed to get their food from leftovers and other sources.

My brother and sisters kept insisting I come and settle with them, but I choose not to go. I choose to move to the mountains. I thought I would get better people there. As that place was a trekker’s favorite location, there used to be many travelers and trekkers visiting and climbing the mountain. I made my place on the path of the trek and started meeting new people. Some used to give me biscuits or something to eat and I used to follow and protect them. As I was a resident of the mountain, I used to guide the trekkers as well. They use to capture my photo and cuddle me at times. I got a purpose for living.

It was a summer afternoon and I was with the group of girls helping and guiding them to complete the trek. All of sudden a girl fainted. Everyone was scared and they hardly manage to get water. So I ran down and get some water for her and for that those girls really appreciated me. As a Dog, I can’t see anyone suffering. Trekker gave a title to me the travelers’ guide. I know literally every route in order to complete the trek and which route is preferable to which trekking group.

Also Read: Knock Knock, Who is there? – I am a Water Bottle

But all humans aren’t the same. I used to trust each and every human and help them, but some humans were very rude to me which sometimes broke me apart. Some of them throw stones at me, make fun of me, and try to hurt me with stick just to show their power. You know, that you are the weakest and disgusting human if you try to hurt animals to prove that you are powerful. But I believe there are good humans as well so I never wear my glass of categorizing all human as bad. I see humans as great creatures.

I got the news that my brothers and sisters were sick, so I just went to their village to meet them. I asked them what happened, they told me that a human with bald hair came with a bowl of milk with some chicken leftovers so he with other dogs just rush to him due to that lovely aroma of food. It was like a party for them. But after eating those, most of the dogs in the locality got sick.

They doubt that food was poisoned. I was shocked. How could humans do that? I asked. My brother taking his last breath said, “I think we wore the glasses of seeing all humans as good”. He died. Many dogs died. But who cares. We don’t have courts to seek justice. All I can just do is cry. I identify that human with bald hair and I decided to revenge.

I just ran behind him and try to bite him. He somehow escaped but complained about me to some authorities. They caught me and put me in a cage. I think so they were dog catchers/dog hunters. They took me to the doctor and the doctor operated on my testis and made a cut on my ears. The doctor thought that I was attacking humans and was a threat to them. They cut my testis so that I could be calm and my testosterone won’t rise. I am not the one who is the threat, these humans are a threat to every living being.

Today, I am 16 years old and near to my deathbed. I just want to say you that be good with us. Don’t hurt us. We also feel bad and we also deserve respect and love. Though humans keep on hurting us, we still trust you and won’t be a threat. Imagine just giving us leftovers, we are so loyal to you, Imagine giving us love. We dogs can die for humans who love us. All we dogs want is cooperation from your end and I know humans are good creatures. I hope to meet you all again and I will take only good memories with me and leave all the bad memories.

Knock Knock, Who is there? – I am a Water Bottle

I wish I could hack the time: A Wristwatch’s story