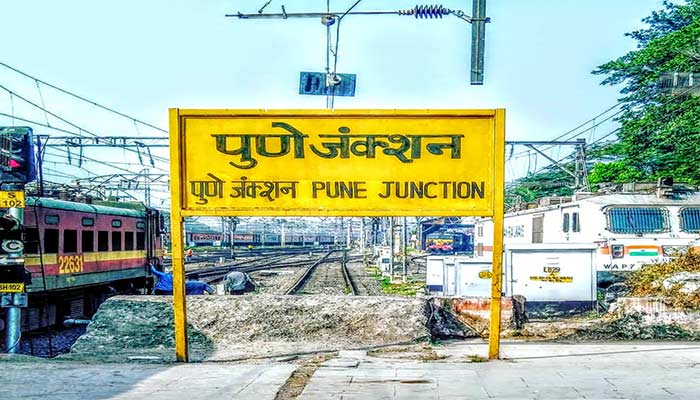 Pune is a beautiful city in Maharashtra. It is the second-largest metropolitan city after Mumbai in this Indian state. This city is covered with mountains and has a dry, semi-arid climate in summers and beautiful waterfalls in the monsoon. People who live in Pune are generally called ‘Punekars’ and these people are very prideful about their brave history and their Maratha culture. Music events such as ‘Sawai Gandharva’ could be the best example of why Pune is called the cultural capital of Maharashtra.

With a population of around 95 lakhs according to the 2011 census report, this city holds great significance about historic events that happened here. The base of the Maratha Peshwas Empire, this place holds the cultural center of Marathi culture, with the heritage of being a centre of education as well since the Peshwas.

This City is also called as Queen of Deccan. Bhonsle Marathas, the ruler after which the city gains its popularity as it became the capital of their empires, this city was the epicenter of various reforms at the social-political level during British rule as well as in the post- Independence period as well.

Mughals tried to rule this city but failed due to opposition they faced from locals due to Punekar’s mindset of ‘Swaraj is my birth right’ inherited in them by the great king and inspiration Chhatrapati Shivaji Maharaj. This city was also ruled by Adilshahi, Ahmadnagar sultanate, and other rulers in the past. This place is home to well-known freedom fighters such as Bal Gangadhar Tilak, Agarkar, Gopal Krishna Gokhale, etc.

Pune is a city where many Marathi migrate from villages to fulfill their dreams. Everyone compares Pune with Mumbai, But is this city with such a great signification is adjustable to everyone? This city is not like Mumbai where we can get inspiration from the lifestyle and films, meeting various superstars, etc. because most of the punekars believe in simple living, high thinking. There is no sea where you could sit and admire the beauty of the city, but you have mountain cliffs on the outskirts of this city.

Pune is a completely different emotion and comparing it with Mumbai is not the way we could define Pune. Pune has missal-pav, whereas Mumbai has vada-pav. Both of these dishes are famous all across the state, but ultimately this cuisine in this city hit differently. The life of Punekar is not partying all day, but it is full of struggle.

An IT hub with a rising economy, all youngsters travel here with a lot of ambitions and dreams. Passed out young graduate struggle to survive their living. Pune is not costly as Mumbai, but still, it is not so cheap. Youngsters try to save money for their families so that they could have a better lifestyle in natives. Most of the people working in this city are migrants, but honestly speaking, this city makes them fell in love with its culture.

Mostly all Indian languages are spoken in this city, but primarily Marathi and Hindi are more prominent. Traveling from Pune Mahanagar Parivahan Mahamandal Limited (PMPML) buses, admiring the beauty of this growing city, every Punekar travels with goals for living their dream and to struggle for feeding their family.

Though cuisine is spicy, the life of Punekar is dull and mostly goes with the struggle in daylight. As soon as sunset, all tired Punekar start to live their life. On weekends, Punekars go trekking or visit some famous places in Pune such as Shaniwar Wada, Sinhagad Fort, etc. whereas some prefer going to clubs. Punekar is a very sweet and fun-loving person and gives support as much as they can.

With the sweetness of Puran Poli (sweet-dish) and the spicy flavor of Pithal Bakri, this place is a combination of various norms and traditions. Pune is also the center of education. Many of the renounced universities such as Savitribai Phule Pune University, Symbiosis International University, MIT Peace University, etc. reside in Pune, which gives skillful manpower to this country.

Pune is the birthplace of well-known saints such as Tukaram (in Dehu) and Jnaneshvara (in Alandi), the author of popular commentary on Bhagavad-Gita (Jnaneshvari).

The National Defense Academy at Khadakwasla, Pune is the first tri-service academy in the world and one of the best institutes for developing outstanding officers for the Indian Army, Navy, and Air-force could be another importance this city’s contribution to India. There is an Army cantonment area as well in Pune where defense is always active and takes up their drills and mock events. Also, Pune has a police training academy. With so much contribution Pune gives to our country, Pune is also one of the leaders in economic contribution to the country.

The City of Peshwa, growing and prospering could be an inspiration for other cities. This city proofs every day that we can grow, just you need to be in an attitude of simple living high thinking. Every punekar keeps it struggle on and wait for the weekend so that he can relax on the cliff of the mountain with new hopes as soon as the sunrises and a new day begin with the same struggle, but in positive attitude by hiding tears and getting ready for unstoppable growth of this beautiful city of Maharashtra.

Finding routes towards my destination – A Traveller’s Dairy

Am I Alive? Traveling Made Me Alive

How do you know I am a Traveler?