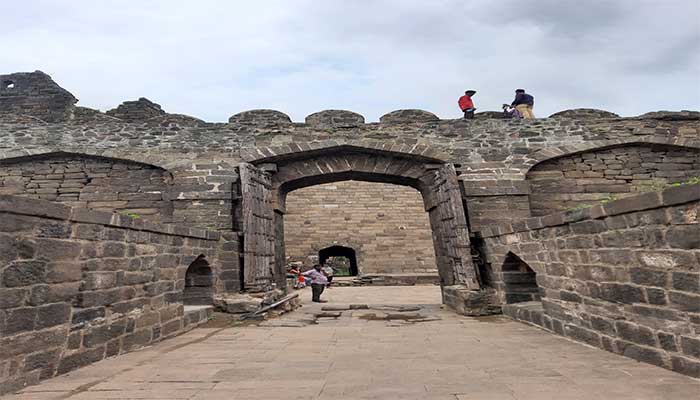 I am a fort and today is my birthday. I was built in order to protect the civilians from enemies who tries to invade the territory. With an abundance amount of arms and ammunition, I was fortified with cannons at every part of my wall. I was important, not only on defense perspective, but also on the strategic point of view. History was really a good time to live in.

But today, things aren’t right. People come here to visit me. Some try to remember the history and empathize with it, some just come here and try to destroy me. Smoking, drinking, and other malpractices happen within the campus where once upon a time, religious ceremonies took place. People write their names on my walls, litter around, and try to hurt me. I am used to it now. It is of no use explaining to you about the greatest historic moment. I was just another chapter of the history book.

From the first feminist movement to what not, history explained a lot of things. Rather than being faithful to those historic facts, people these days try to destroy reality to promote their fake propaganda. Maybe that is why the government is least bother to take care of us. Us, indicates all the forts that exist. I am one of the forts who got this opportunity to speak and explained my point.

I am not complaining, but it really feels bad when people don’t respect their history and historic monuments. There is rarely anyone who maintains me and is empathic to me. I can’t reveal my name or my location because I feel that will be really inclusive and it won’t give justice to other forts. No matter whether it is a fort or a monument, you should respect it and try to maintain it. I feel the government is equally responsible for maintaining the monuments. If Government tries to maintain me, people try to destroy me. My walls are weak now, and my doors are rusted.

I witnessed various wars and bad omen happened to this territory, but I never saw humans forgotten their principles and ethics as I can see these days. Forgotten about their rich culture, and getting into social media life. Youth aren’t focused on themselves and spend most of their time impressing others. There was a time, when their forefathers used to serve for the wellbeing of the culture and society they lived in. They used to be braved, ready for any challenge, and full of enthusiasm. I remembered that war which was fought in my premises. That war was really appealing for me.

A day to remember, a brave soldier sacrifices his life while fighting against the enemy army all alone. The Army was around 100 people and he was the only one left alive. He still manages to hold his ground and fought till the last breath.  He made strategies and implemented them all alone. He pointed the cannon on my walls and fire it when the enemy was near me. He broke a wall of me and a large amount of enemy soldier was on the ground.

Rest, he kept killing enemies from bow and arrow and suddenly one arrow tear him apart. Still, he raised and fought with a sword in his hand and sacrifice his life. He was having the option to leave the battlefield but he didn’t and kept fighting. He knows his responsibilities.

Do you know yours? I will surely mention your responsibilities. I feel it is my duty. Just like I protected your forefathers in past, it is my duty to protect you now as well. Each and every brick was made on the bloodshed of many. So, your first responsibility is to protect the culture and heritage your ancestors left for you. Your second responsibility is to promote awareness among the people who aren’t aware of it, and the third is to be a responsible citizen and inform the government about the situation or malpractices that happens around you.

It is not that I am always complaining. Some of them come and restore me, clean my walls and also clean all the litters that others do around me. There are various NGO and other organization which maintains us. These people are very few in numbers and forts are many around the globe. If every human considers protecting the historic heritage as their duty and responsibility, I feel that this world could be one step better to live.

I am an abundant fort, and I don’t till when my walls will standstill. I will always be on duty and will try to hold the richness of history within me. I hope, there are no other historic monuments facing the same. If you know any, please protect us not only because we need you, but also you need us to understand your history and jewel which your ancestors left for you. Don’t forget us just like a chapter of history, because each and every line written in history is a lesson to live your life today.

Also Read: I wish I could hack the time: A Wristwatch’s story

I wish I could hack the time: A Wristwatch’s story

Unheard Tale Of A Dead Shoe

I am a Tent- The shelter for Trekkers and Travelers