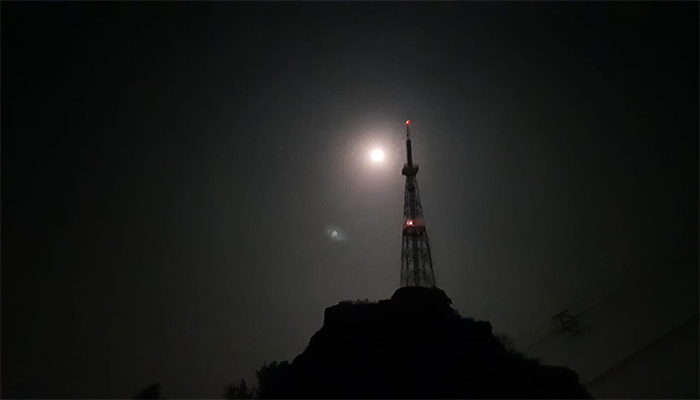 With five empty cups of Coffee on the Desk, around fifty crumpled pages littered in her room, ANIA yet again tried to scribble something different on her pages but it was in vain. Out of sheer discontentment and lack of ingenuity she left her Notepad on the table and decided to take a break for more Productivity.

ANIA is a twenty-two-year-old girl. Stubborn, determined, and a little sensitive who got to this point of life after overcoming all the hurdles and impediments (hindrance) thrown at her by life and strong enough to conquer the ones yet to come.

After standing up from her chair, she drew the curtains, opened the windows, and saw the love of her life, the Moon who was staring at her from a million miles away in the Serene night. The captivating sight of the Moon made her rush to the balcony with her phone without a delay.

After having a few minutes of wordless conversation with her dearest the Moon she got lost into the world of lyrics of the song she was listening to with the gentle wind blowing her hair as well as her leftover anguish away.

ANIA felt out of place for a moment until a thought came to hinder her tranquillity(calmness) reminding her of the past and a few unforgettable poignant moments. How she was the only child of her parents, who got an enormous amount of love from her mother but not enough from her father for not being a son.

How she always got top place in class but never in her father’s heart only made her stubborn, rude and taught her to conceal her aches, fears, insecurities, and loneliness. She had a hidden agony like a knife in her heart which she knew not as a child but got familiar with in her teen years.

She spent most of her time with her books, songs, and her world, her mom. Even after lacking a few things she was determined, focused, and was career-oriented above all she was herself.

She never felt happy enough until she met KABIR in the tenth standard, Who became her best friend. They spent most of their time studying together, playing basketball, drawing stupid cartoons, sharing secrets, and on top of being there for each other in all circumstances.

He was someone, she could rely on. Things were pleasant and smooth between them until standard twelfth when she started realizing that she had started developing a soft corner for KABIR. Maybe that was more than that. She had feelings for him but could never gather the courage to tell him

Somehow, on her eighteenth birthday after a lot of efforts, accumulating So much valiance under the same moon she confessed only to get rejected and ruin their friendship forever.

Her heart broke into More than a million pieces. She stood frozen for a moment when she heard a no. She felt like she was bitten by a thousand ants at once and left in the cold.

The same Moon reminded her of her first heartache everyday till a few months, she wasn’t herself for a long time. She knew sadness but never felt it this deep. But but but everything happens for a reason. and this was a blessing in disguise.

For she decided to find her real self. A strong girl who she was, Someone she was but not aware of. She got involved in her college, read many books, did activities, learned new things, and discovered her interest in writing.

And she conquered her first battle by making her father proud for being her father when she topped in college. And started working on her passion.

She was finally content and happy with herself. For she fell in love with the moon and writing.

She smiled at the moon thinking how far she came and thanked him for being with her in all the situations.

And finally went back to her work.

Also Read: How do you know I am a Traveler?

Nature Tales Of VASAI FORT: An Ideal Choice Worth?