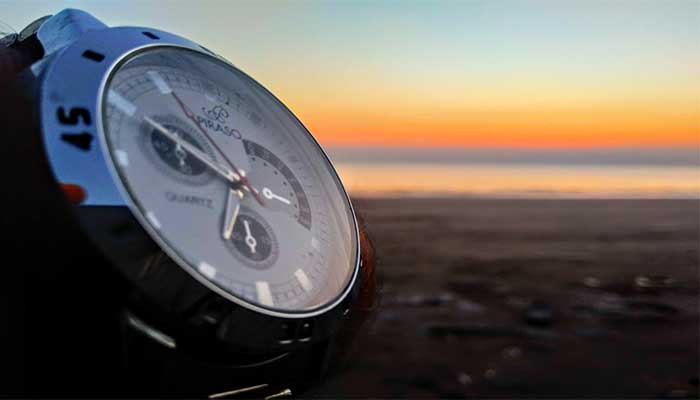 Time, an important factor of human life which most of the human just forgotten while they are busy in fulfilling their ambitions or greed. They trade it for money, fame, and for their loved ones. Time is something which they can never get back but still utilized in unwanted things like day-to-day jobs or something, but they need money to survive. How perplexed this life is? For the money, we trade time. But we don’t have time to spend our earnings later.

Today, I am here in a dustbin waiting for a garbage truck. I am a broken wristwatch but I wish I could just go back. I wish I could go back to my happy moments when I was his priority. I was with him for almost 5 years and saw his whole struggling moment. I would like to share my story. I want you to respect time.

Just when the iron melts and gets a shape of a wristwatch, I was not able to show time. But when the battery was inserted in that metallic body, I became alive. I can’t even say that my time has started because my aliveness is nothing but showing time. After I was packed, I was directly delivered to someone’s house. That was unexpected because my friends were in the showroom waiting for a sale. After reaching home, I realized that I was special.

Amar was very happy meeting me. He immediately opens the packing and wears me on his wrist. It was his 18th birthday present which his family gifted to him. I and Amar became really good friends.

Day by day, I was becoming old and he was becoming young. He was engaged in unnecessary things. Most of those things include smoking and drinking. Amar thought that it makes him cool. I kept on making him realizing the time. But now, he started ignoring me. He still uses me but now he wasn’t engaged with me. He was more into his phone. Phone shows him things more than time but forgets to show the importance of time. I was with him and he kept ignoring me.

Life finally decided to show him his worth. He was diagnosed with Cancer. His life was turned completely. He cried because he hasn’t achieved anything he planned. Now my tic-tac voice irritates him because now he started realizing the worth of each second. Cancer was curable because it was diagnosed at a very early stage. His chemo started, the pain gets through the spine. I was still there holding him up.

You all might be thinking why I keep on saying him the importance of time? Now I will say why. If Amar had managed time properly, I can assure you he would be a successful person. Amar has good knowledge, pure leadership skills just he lacked in time management. Now he just works as an employee where his employer doesn’t even respect him. He is a person who has a hold in team building, making things done and whatnot, but he can’t utilize it.

He kept on saying to himself after realizing the importance of time that he wants to change things post-cancer. But he can’t revert things back on track. He wasted an important part of his life. The part where he was most engaged with people. A part where he can identify his skills, but now it is too late. Amar failed. He kept on saying that he wishes he could hack the time. As I was becoming old, new watches were there in the market.

Some of them were digital watches. It was in trend so he brought a new one. Amar thought that new watches might change his time, but deep down everyone knows that we can’t do that. But there is a catch.

Hacking time means be on time, manage time, and do the right things at the right time. Because life is short, and our wish list is huge. We need to make a roadmap to get it through. I am in a dustbin waiting for the garbage truck, but honestly speaking I did my best. Every watch does it, but humans always ignore that each and every second count. Life is a journey and we need to be in destination on time.

Also Read: A Part of our Heart is left with the things we leave (Bag)

I am a Tent- The shelter for Trekkers and Travelers

Unheard Tale Of A Dead Shoe

Knock Knock, Who is there? – I am a Water Bottle