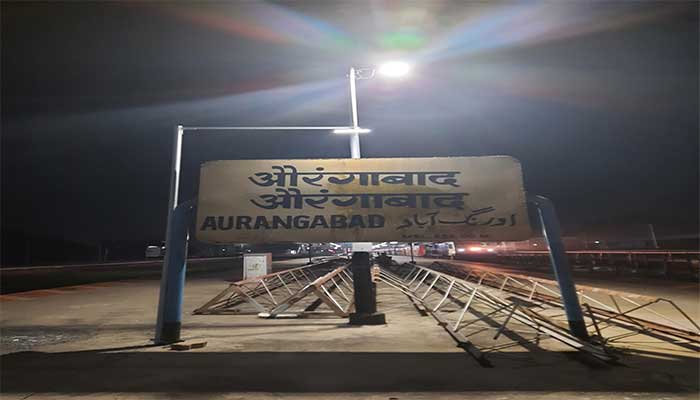 Aurangabad, a small city is known for its great culture and heritage is located in the Marathwada region, on the hilly upland terrain. Being one of the populous urban areas in Maharashtra, this city is also a major producer of art silk fabric, Bidri style of patterns in handicrafts which includes human figures, flowers, and geometric designs, etc. which make this city rich in its culture.

Today, I am going to take you on a journey of unexplored Aurangabad. A place that is popularly known in history textbooks, now a tourist hub and fastest-growing smart city. Implementing technology to a greater extent to make administration easy and also one of the upcoming cities of Maharashtra with the improved education system and employment, this city has many secrets that lie beyond this uptrend drift of growing city.

Aurangabad, a city which includes many tourist places, such as Bibi ka Maqbara, Ellora, Daulatabad fort, The Gates (Due to which this city is also called the city of gates), Aurangabad Caves, Aurangzeb Tomb, and many more things, the common man of this city relies upon the tourist for their income.

Whenever you will step down at Aurangabad railway station, you will see a huge queue of rickshaws and tam-tam, waiting outside the station for getting a few tourists and make their daily income. They look at you as if you are the only hope for them. They charge you double initially, bargaining is a must. They are doing so for their family, and you bargain to save money for traveling, both are right according to their own way.

But in the end, both of you will surely understand each other and happily share the ride. Whenever you will go to a hotel, they look at you as hope and the receptionist welcome you in a soft tone. You visit someplace in Aurangabad, you will see daily street vendors selling handicrafts and other products and always try to sell them to tourists so that they could earn. On the other hand, you will see street food vendors preparing and selling food, some selling fruits whereas some preparing fruit juice which can rest the thirst of tourists with the arid and dry climate during summers of Aurangabad.

Aurangabad is a place where a large population has a very small demand. Happy living people with fulfilling small dreams. Youth is very enthusiastic and always search for opportunities. Very helpful and fun-loving people with a welcoming nature, Aurangabad is a place that has beautiful tales and stories.  A growing economy due to MIDC (Maharashtra Industrial Development Corporation) has created much employment mainly in pharmacy and automobile fields.

Places such as Ajanta, which is normally considered a part of Aurangabad duo popular place of Ajanta and Ellora, are actually 110 km away from Aurangabad. Graduates from B.R. Ambedkar Marathwada University, who are passionate about contributing to the welfare of this city get into social service and educate the poor sect of the city.

Mughlai and Hyderabadi cuisine, its fragrant pulao and rich biryani tender meats cooked in popular Aurangabadi style spices. Food is delicious and meat is juicy. This food lies within the blood of every Aurangabadi. Having such delicious cuisines, the people of Aurangabad are very kind and welcoming in nature. A youth struggles to get transport every day and government-based transportation systems have very poor connectivity in the outskirts of the city. From ST (State Transport) bus depot, taking buses either to some tourist spot or to some school or college, the driver of ST buses, always in hurry speed up his bus on not properly constructed roads, and giving jerks to a person who is traveling in those ST buses.

The roads are less crowded as compare to Mumbai or Pune, but still, traffic and accidents are seen frequently. With an uptrend of digital transformation of this city, Aurangabadi is adopting technology. Police and locals use technology such as online shopping, ordering food online and partnership of various hotels to online service providers, Aurangabad is growing not only in business aspect but also in the learning spectrum.

A day, when a youth of Aurangabad is awake with a threshold of achieving something and to afford his spending, Sham, a guide in Ajanta stated his story as: – “As soon as I woke up and complete my morning prayer, I get myself ready to travel 110 km away from the city. I prepare lunch for myself and my mother, put my lunch in a lunch-box and pack the bag. My mother is always sick, the hospitals in the city are well settled, but lack medical technology. Some medical tests which the doctor suggests to my mother, are not available in Aurangabad, and I have to take her either to Nashik or Pune, to get it done.

As being a government-affiliated guide of Ajanta cave number 14, I get pay of 12,500 INR, but I also manage to earn extra by guiding the tourist and charging them. I sit at the gate of Ajanta cave number 14, as a caretaker, as well as a guide and I, see how tourists and travellers explore the beauty and culture of Aurangabad. The preaching of Buddha, and the peace in caves in beyond the scope of imagination. After finishing my work and reporting to my in-charge, I leave from Ajanta to Aurangabad. On the way, I went to Aurangabad market and buy some vegetables and fruits, and other essential things from medical and grocery stores and prepare my dinner.”

A student, preparing for an exam, a daily wager with skilled hands waiting for some contractor to hire him for daily labor, A street vendor looking for tourist clients, a local transport driver waiting outside Railway station and bus depot, a tour agent working in selling his tours. Each and every person in this city contribute to the welfare of this city and for his/her family. Every Aurangabadi is full of enthusiasm and trying his best to fight and adapting to the situation this city faces. The lifestyle of this city is really beautiful.

During the time of the pandemic, when daily workers were jobless. Tourists were not allowed to travel and many other factors and affected a lot to this city. If any tourist comes to visit this city as part of his research or when the lockdown is relaxed a bit in the state of Maharashtra, these Aurangabadi, with hope in their eyes come out from their house and try to get some source of income. These people will never beg. They will fight till their last breath.

Places To Visit In Aurangabad:

Am I Alive? Traveling Made Me Alive

Mumbai – A City Of Day Dreamers And Night Thinkers.