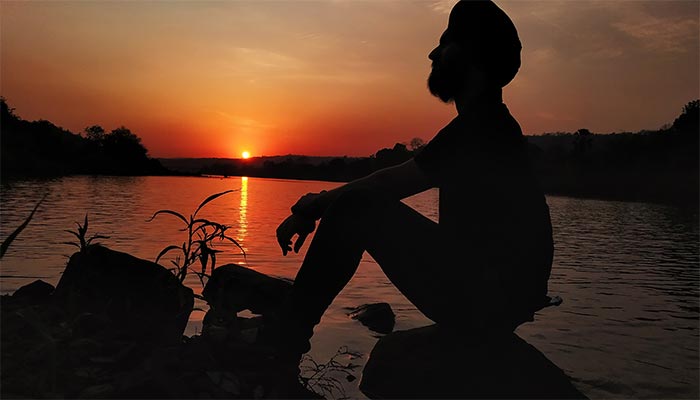 Traveling Made Me Alive – It all started with a single smile in the hot summer days when my Traveling enthusiastic friends were telling me about their various experiences and thrill events, living their life fullest with an aspiration to live more such moments.

They were trying to convince me that spending on traveling will not only make me happy but also make me stronger and open up the bigots which are stopping me to move forward in life.

So I decided to go on a trek with them. They choose an easy trek location as I was a beginner but it seems like they were more excited than me for my first trek. They told me that we will be going to trek a fort in Panvel and I was okay with their decision. As I was very lazy person by nature, I never even argue for going for a though trekking location. My friends told me that Karnala trek is for beginners. So here I go.

Karnala fort also has a bird sanctuary on the base called Karnala Bird Sanctuary. So, I packed up my bag and I was ready to go early in the morning.

I thought that like other Travelers, they might book a car/cab/bus which will take us directly to the base from where we need to climb. But they told me that real feeling of traveling one can get when they travel through local transport rather than taking private transport. Local transport according to them was crowded buses and trains which I always avoid to travel even when I don’t have alternatives.

I felt that little strange initially, but sooner I realized that my life is nothing but a drop in the ocean that tides away to the shore with a breeze of wind. There were many things I need to explore and yes traveling from local transport resulted to be fun as well. Sometimes it is not the medium of travel on but the people with whom you travel.

So we get on a local train from Mumbai central to Mahim Jn, Mahim Jn to Wadala, and then catching a Harbor line to Panvel. While traveling by train, we had talked with various local people who stays at Panvel.  They describe the beauty of Karnala which increases the excitement even more. I was waiting for when the train is going to arrive at Panvel station. From Panvel station, we caught the State transport bus.

It was for the first time I was traveling on a local bus. We reach the bottom and I got an insight that this day is going to be the best day of my life.

Now it seems like I started living my life. I wasn’t knowing that traveling is so impactful. I climb in the struggle to reach the pinnacle, and in this journey, I somewhere started exploring myself.

I started living each and every moment. Right from the drop of water to my mental health, I started realizing the importance of every little thing. These things were making a big difference and it was unexpected. After reaching the top, all the tiredness seems to vanish. The clouds were speaking to me, the breeze which just touches on my sweaty face and that feeling are beautiful. Trust me, I felt that I am alive for the very first time.

That feeling changed everything. I am now an active member in their traveling group as that experience which one can get through traveling is irreplaceable by anything else and this is how Traveling made me Alive.

Also Read: She Painted The Walls Of The City When Everyone Was Trying To Ruin It

Just like the Moon, She fell in Love with Darkness

Finding routes towards my destination – A Traveller’s Dairy